AN ACT TO REPEAL ACT NUMBERED THIRTY EIGHT HUNDRED SEVENTY FOUR, AND TO PROVIDE FOR THE PROTECTION AND PRESERVATION OF PHILIPPINE CULTURAL PROPERTIES
(AS AMENDED BY P.D. 374)

AN ACT PROVIDING FOR THE PROTECTION AND CONSERVATION OF THE NATIONAL CULTURAL HERITAGE, STRENGTHENING THE NATIONAL COMMISSION FOR CULTURE AND THE ARTS (NCCA) AND ITS AFFILIATED CULTURAL AGENCIES, AND FOR OTHER PURPOSES

An Act Providing for a Local Government Code of 1991
Republic Act No. 7160

An Important Cultural Property is “a cultural property that possesses “exceptional cultural, artistic and/or historical significance”, whereas the highest designation of National Cultural Treasure pertains to “a unique cultural property found locally, possessing outstanding historical, cultural, artistic and/or scientific value which is highly significant and important to the country and nation.” 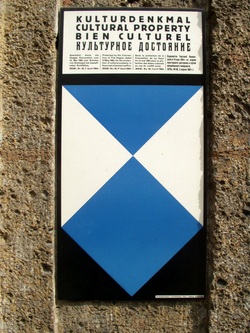 It is an international treaty that requires its signatories to protect cultural property in war or armed conflict.  It was signed at The Hague, Netherlands on May 14, 1954, and entered into force August 7, 1956.  It has been ratified since by more than 90 countries.
history of architecture